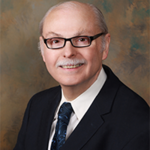 I began my professional career as an auditor and staff accountant for the international accounting firm of Price Waterhouse & Company (n/k/a PricewaterhouseCoopers, LLP or PwC)  in Los Angeles, California in 1973. After receiving my Certified Public Accountant (CPA) designation by the State of California, I was named senior auditor by the Los Angeles Office of Travelers Insurance Company.  While at Travelers, I worked with many CPA's and attorneys in the healthcare industry and later was named controller and chief financial officer of a hospital in the Los Angeles area. Then, I decided to become an attorney, and took a position as an auditor and tax consultant with a CPA firm in Beverly Hills that allowed me to work part-time while attending law school.   And after graduating from law school in 1985, I decided to move back to South Bend, Indiana where I began my law practice, concentrating in tax and bankruptcy law.

Thank you for contacting us. We will get back to you shortly.

Please complete all required fields below.

We are a debt relief agency and help people file for relief under the Bankruptcy code. Using this website does not create an attorney client relationship between you and the firm or any individual attorney. None of the materials available at this site constitute legal advice. This site has been designed to provide you with general information regarding our firm, our attorneys, and the types of services we provide. If you need legal advice, or desire to establish an attorney client relationship with any of the firm's attorneys, please contact us.
Contact Us for a FREE Consultation